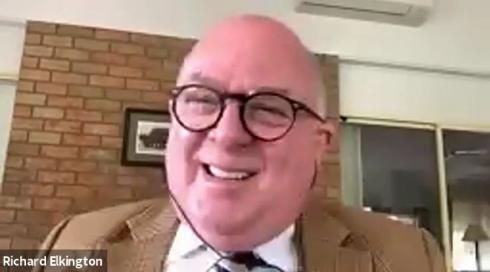 • From the Communications and Marketing Volunteer Action Team

What’s On (36 listings)
UPDATED EACH EDITION

Please notify us about your event.
Please include date, time, talk details, attire, and a link or location.
Email: editor@FVNews.com.au

In-person visiting to physical lodge meetings is currently not permitted, due to COVID-19 restrictions.
It is hoped that visiting might resume from March 1, 2021.
Visiting Zoom meetings is encouraged.

Vale Jock Hesline
• We regret to advise of the passing to the Grand Lodge Above of Wor. Bro William James Hesline, 61 years a Freemason, formerly of Letchworth Kilwinning Lodge. Jan. 8, 1927-Jan. 17, 2021.Husband of Marge (dec.) Dad to Marj and Wayne, Alan, Robert and Victoria, Gregg and Mary. Jocko to eight grandchildren and one Great Granddaughter. A life well lived with much love and good humour. Private Cremation A celebration of Jock’s life will be held at a later date

Vale James Hay Mitchell
• We regret to advise of the passing to the Grand Lodge Above of Bro. James ‘Jim Hay Mitchell. Travis Gould, Secretary of Dandenong Lodge, emails:

“He was a beloved member and Almoner of Dandenong Lodge No. 635 and was cherished for his dedication and always greeted you with a smile. Condolences come from far and wide for his family on their profound loss. The funeral has been arranged for Thursday, January 28, COVID-19 restrictions permitting.”

See you on Tuesday Night
• Richard Elkington, Grand Master, will host a special Australia Day Zoom meeting at 7.30pm on Tuesday (Australia Day), January 26. Guest speakers include David Waugh, Jake Berthelot and Stephen Duns. With the theme of ‘Coming Together’, there will be recognition for Masonic recipients of Australia Day honours. Attire: white shirt, black bow-tie. There will also be the opportunity for informal chat between Freemasons from around Victoria, afterwards. LINK Meeting ID: 812 2497 6077. Passcode: 309413

Snack bars in action
• in Your Area (UK) reports: “Essex Freemason David Wiles was at the till paying for petrol, when the cashier asked if he would like to buy a snack bar for the nursing staff who were not even getting to eat on the COVID wards at Broomfield Hospital, near Chelmsford, just a few miles away. A paramedic in the queue behind David confirmed this was indeed the case. So, David bought 10 snack bars there and then. Being the Charity Steward for Rosslyn Lodge No 1543, which meets in Braintree, David immediately posted what had happened on his Lodge’s WhatsApp page. The story was picked up by all the Lodge members and within a week they had chipped-in £25 each, raised £500 and bought 240 snack bars and 120 cans of energy drinks which David delivered to Broomfield Hospital on Friday, January 8.” READ MORE

Comms Success Stories
• It is always pleasing to see positive media mentions of anything with the word Freemasons. Herald Sun reader Barry Johnson of Flora Hill had a letter published on Tuesday about Royal Freemasons Flora Hill. “The Royal Freemasons and many others are doing a great job,” he wrote.

Grand Convocation on Video
• A Convocation of Supreme Grand Chapter was held at Bayside Masonic Centre on Wednesday (Jan. 20). Companions are invited to view the 65-minute  video at this LINK.

• Charity Today (UK)reports: “Local homelessness charity Emmaus Oxford is starting the year off with a £57,000 boost from Oxfordshire Freemasons to help people who have been homeless move into permanent homes. Funded entirely by Freemasons and their families, the Masonic Charitable Foundation is one of the largest grant-making charities in the country. The £57,000 grant is going towards Emmaus Oxford’s Resettlement Support Fund, which is available to former rough sleepers in temporary accommodation across Oxfordshire. The charity will provide packages of household goods and furniture to people so they can furnish more permanent homes, all free of charge.” READ MORE

Mail-Out Milestone
• FVNews Daily reaches approximately 2500 of our 7800 Victorian Freemasons each issue. Today we reach the milestone of 1000 opt-in subscribers to the emailed version. The balance of 1500 readers access the bulletin directly from the www.FVNews.com.au website, or read a synopsis on social media. FVNews Daily is a project of the Freemasons Victoria Communications and Marketing Volunteer Action Team. Our aim is to reach half of our membership each day, on a strictly opt-in basis, later this year.

• We are building FVNews to be a vital daily guide to Masonry in Victoria. You can have your free copy emailed to your inbox. Use the ‘Subscribe’ option at www.FVNews.com.au We welcome Laurie Wadeson, Graham Williamson.

• Amongst those who assisted with contributions to this edition of FVNews Daily have been: Travis Gould, Barry Minster, Brendan Kyne, Wayne Mills, Doug Ashley, Jeff Denison, Robert Billing.

Famous Freemasons
• Sir Harry Lawson, 27th Premier of Victoria, was a member of Scotch Collegians Lodge. Bro. Sir Harry Sutherland Wightman Lawson KCMG was an Australian politician who served as Premier of Victoria from 1918 to 1924. He later entered federal politics, serving as a Senator for Victoria and briefly as a minister in the Lyons Government.

Masonic Knowledge
•  US President Joe Biden chose a family Bible on which to swear his oath of office yesterday (Thurs.), Australian time. Often US Presidents have chosen a Bible with a Masonic pedigree. Fox 23 News advises: “Not only was Washington’s inaugural in 1789 his first, it was the first for the new nation. Washington was elected unanimously, but it took 57 days for him to take the oath of office because the Congress couldn’t come up with a quorum to receive the results, according to history. He took the oath of office at Federal Hall in New York City on April 30, but one important part of the ceremony was missing — a Bible. Organisers went to the nearby Masonic lodge and borrowed a Bible. Washington was a member of the fraternity, and the Bible used by Washington has been used by four other presidents: Warren Harding in 1921, Dwight Eisenhower in 1953, Jimmy Carter in 1977 and George H.W. Bush in 2001. It was planned to be used by George W. Bush but rain prevented the use of the testament.
• “Washington swore to uphold the Constitution by placing his hand on the open book, on Genesis XLIX and L. According to St. John’s Masonic Lodge No. 1, the keepers of the Bible, a slip of paper was added between the pages that reads: ‘On this sacred volume, on the 30th day of April, A. L. 5789, in the City of New York, was administered to George Washington, the first president of the United States of America, the oath to support the Constitution of the United States. This important ceremony was performed by the Most Worshipful Grand Master of Free and Accepted Masons of the State of New York, the Honorable Robert R. Livingston, Chancellor of the State. Fame stretched her wings and with her trumpet blew. Great Washington is near. What praise is due? What title shall he have? She paused, and said ‘Not one — his name alone strikes every title dead’.” When not in use by St John’s Lodge or on tour, the Bible is on display at Federal Hall.

• “Anyone going to an international gathering overseas would come back with the opinion that the Australian flag was the most beautiful of all the flags that are there displayed.” – Bro. Sir William McMahon

The Last Word
• A Principled Way of Life. At Freemasons Victoria we believe in a community build on true friendship, compassion and honesty
Tolerance, Equality, Charity and Honour: Offering a sense of belonging and of personal growth. They strive towards spiritual enlightenment, and personal development as a way to moral perfection.
Charitable Giving and Voluntary Effort: Behaving with kindness and practising charity and care for their community. Excludes no individual from membership on the basis of race, religion of politics.
Belief in a Supreme Being: Pursue their personal development by working towards the betterment of all humanity through widespread community involvement offering support at all levels from local fundraising to international relief supports.

DISCLAIMER: The views, thoughts, and opinions expressed in the text of FVNews belong solely to the author, and not necessarily to the United Grand Lodge of Victoria (Freemasons Victoria) organisation, committee or other group or individual. Readers should take all steps necessary to ascertain that information you receive from FVNews is correct and has been verified. FVNews assumes no responsibility or liability for any errors or omissions in the content of this site. The information contained in FVNews is provided on an “as is” basis with no guarantees of completeness, accuracy, usefulness or timeliness